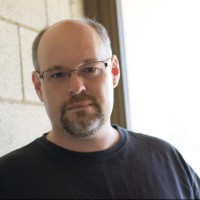 Department of Anthropology, University of Hawai'i at Mānoa

‘The School of Oriental and African Studies’ by Ian Brown: A “Director’s Office View” of History

Ian Brown’s The School of Oriental and African Studies: Imperial Training and the Expansion of Learning is a welcome addition to the literature on higher education in Britain, and particularly to the small but important body of work on SOAS (as it is now officially known). While SOAS has produced festschrifts for particular professors, and a few “corridor histories,” such as SOAS Since the Sixties and SOAS: A Celebration in Many Voices,[1] the school lacks the kind of intensive memorialization that one finds in say, Oxford and Cambridge. This is particularly true in anthropology where journals such as Cambridge Anthropology and the Journal of the Anthropological Society of Oxford feature extensive obituaries and testimonies of staff. Brown’s new volume is, therefore, a valuable contribution to the history of SOAS, especially because the other SOAS histories are out of print.

END_OF_DOCUMENT_TOKEN_TO_BE_REPLACED

‘In Defense of Anthropology’ by Herbert Lewis

For years, Herbert Lewis has defended classical anthropology (meaning here American cultural anthropology produced in the first half of the twentieth century) from postmodern and postcolonial critique. This volume collects eight of Lewis’s essays on this subject, and also includes an original piece written especially for the volume. For those sympathetic with Lewis’s claims, this volume will be welcome. However, Lewis’s strident tone will probably not sway the unconvinced, much less those critical of classical anthropology.