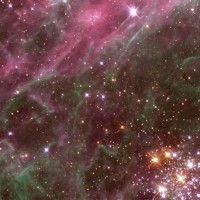 ‘Realizing the Witch’ by Baxstrom and Meyers

In Realizing the Witch, Richard Baxstrom and Todd Meyers attempt to analyze Benjamin Christensen’s 1922 film Häxan in its totality: as film, as historical and scientific treatise, and as anthropology. Häxan is Christensen’s cinematic attempt to present his thesis—that the witches of the sixteenth century represent the same psychological phenomenon as the hysterics of the nineteenth and twentieth centuries. Baxstrom and Meyers’s book is structured into two parts and seven chapters, following the structure of the film itself. The two parts focus on the on-screen realization of the witch (Part 1) and on the links between the witch and modern psychiatric understandings as presented in the film (Part 2), but the authors explore all themes throughout the book.

END_OF_DOCUMENT_TOKEN_TO_BE_REPLACED

Diversity at the American Association of Physical Anthropologists (AAPA)

Biological anthropology has long been plagued by its exclusionary past. Today, many biological anthropologists and the American Association of Physical Anthropologists (AAPA) are actively seeking to address this legacy by forging positive relationships between anthropologists and marginalized communities, and by encouraging new voices to contribute to the field. For example, the AAPA created the Increasing Diversity in Evolutionary Anthropological Sciences (IDEAS) program to increase participation by first-generation college students or students from groups that are traditionally underrepresented in science (African Americans, American Indians/Alaska Natives, and Latinos). The recent Survey of Academic Field Experiences (SAFE) study (2014) conducted by Kate Clancy, Robin Nelson, Julienne Rutherford, and Katie Hinde also highlighted persistent issues of sexual harassment and sexual assault in the field.