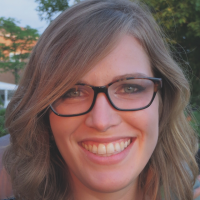 Hosted by the American Philosophical Society’s (APS) Center for Native American and Indigenous Research (CNAIR) and co-sponsored by the Penn Humanities Forum at the University of Pennsylvania, the conference coincided with the APS Museum exhibition, Gathering Voices: Thomas Jefferson and Native America, which showcased the APS’s work in Native American language collection and revitalization from Jefferson to the present. Over 69,000 visitors attended the exhibition between April and December 2016. This scholarly conference drew over 100 in-person attendees and over 100 more via live web stream. Panelists from across the United States and Canada presented 21 papers on topics related to endangered languages, translation, and language revitalization projects in Native American and Indigenous communities. END_OF_DOCUMENT_TOKEN_TO_BE_REPLACED