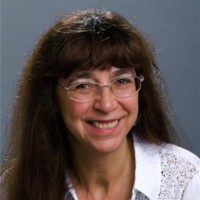 The ideological claims and scientific practices that transformed Indigenous Native American bodies into public specimens emerged from racial prejudices that colonized both the living and the dead. Philadelphia physician Samuel George Morton inferred that European “conquering invaders” had some measurable innate superiority over the “aboriginal races.”[1] His efforts inspired other researchers, who manipulated dead bodies to support their search for evidence of a social hierarchy that placed white Europeans topmost. This research was considered necessary: as Franz Boas put it, “It is most unpleasant work to steal bones from a grave, but what is the use, someone has to do it.”[2]

END_OF_DOCUMENT_TOKEN_TO_BE_REPLACED

Living Pasts: On Anthropological Being and Beings

Anthropological futures are difficult to envision without reckoning with anthropological pasts. The present is filled with an increasing theoretical emphasis on the trans-cultural and trans-national, but on a material level, we are still haunted by the legacies of collecting the Indigenous (a practice that has long been central to the anthropological project). END_OF_DOCUMENT_TOKEN_TO_BE_REPLACED